Dr. Chandra Shekhar Venkat Raman, popularly called Dr. C.V. Raman, a scientist said to be in the league with the likes of Gauss and Bernoulli, was the flag bearer of the said curiosity in pre-independent India. Started with the one question that built his dreams and made him lose sleep, “Why is the water blue?” Culminating in his research entitled the “Raman Effect,” which won him the 1930 Nobel Prize in Physics. 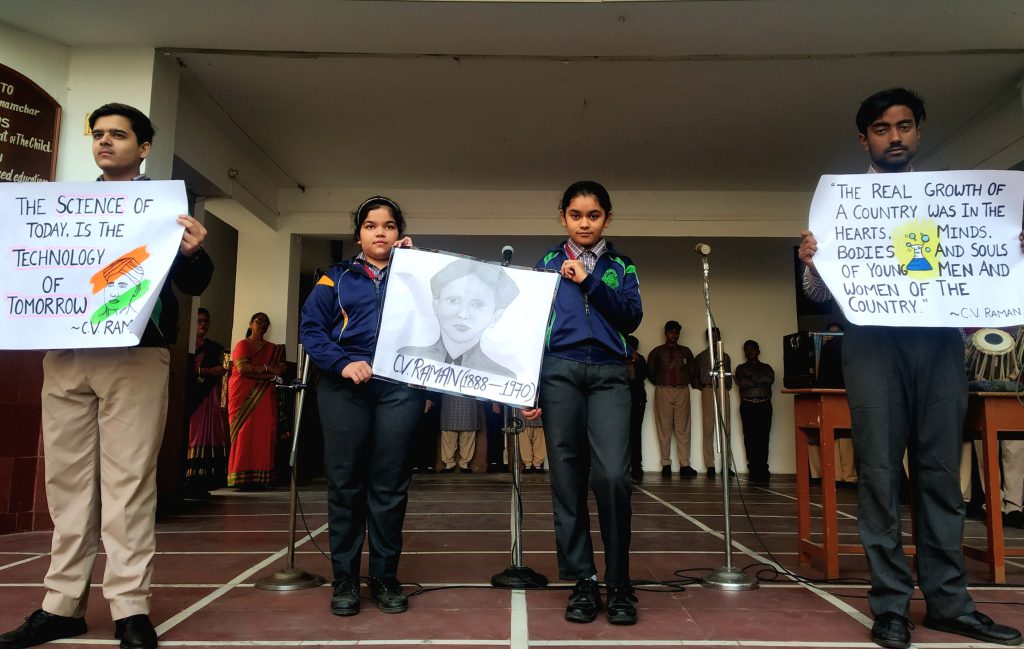 The morning assembly was spent reminiscing Dr Raman, his achievements through speeches and poems, followed by a “Science Quiz” for classes six to twelve, students actively participated in rushing through the ground to first give the correct answer. The scientific spirit of each student was suitably roused.