Each year, Spring Dale Institution, on 24 September remember their founder father, Late Sir B.S.Sood in the best way possible by honouring the hard work and academic success of their students along with acknowledgement for the young athletes who with their grit reach the National Level. The day being marked as, Felicitation Day. 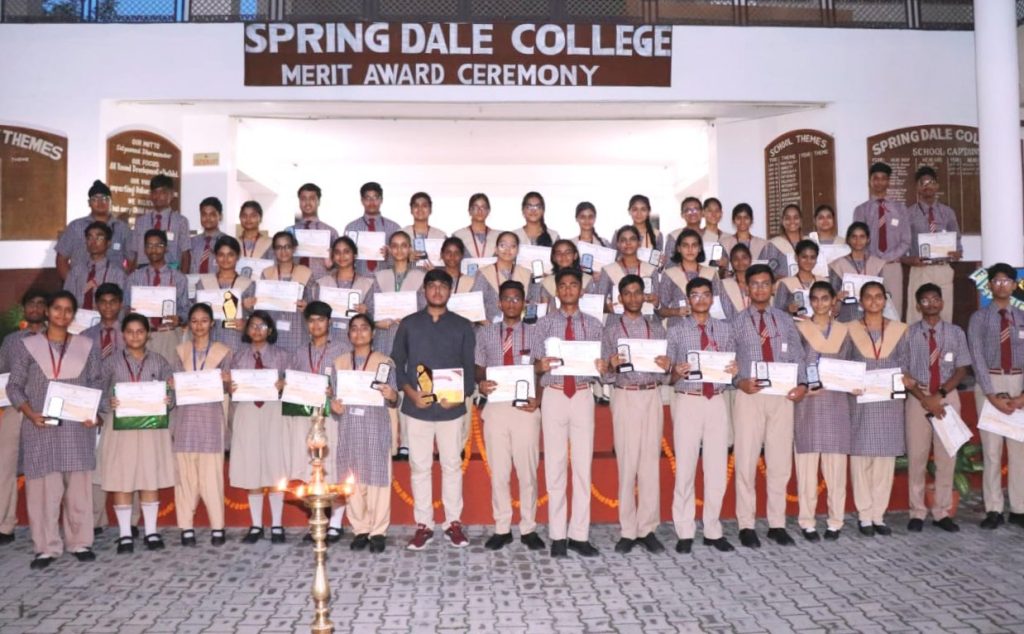 This year too the school campus was a buzz with the bright students and their proud parents. Invoking the Gods in Prayer, the lamp of knowledge and light was lit by the parents of the proud Toppers, the Chief Guest and the gracious members of the Spring Dale Management committee. 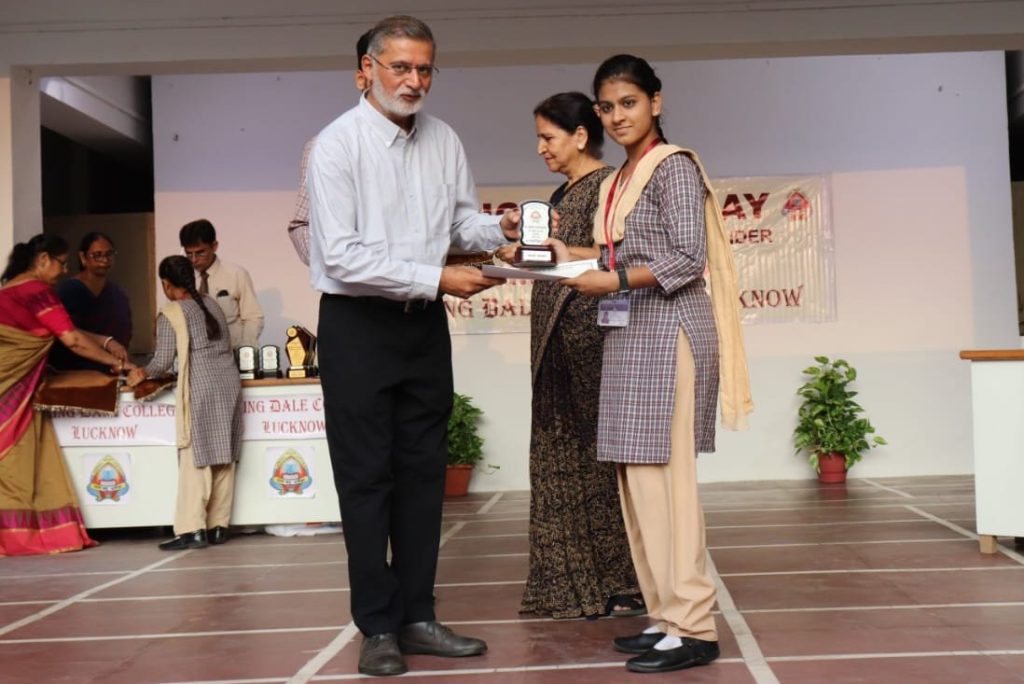 The chief guest,  Prof . Atul Sood, a renowned and learned academician himself with more than 35 decades of being in this field of teaching, research and development. A member of many prestigious organisations as well as the University Executive Council . An author of well-read influential books and publications both in India and abroad. Prof. Sood extolled the traits of consistent effort along with the  need of developing the overall awareness.

The SDC banner fluttered an edge higher with names of each 90% and above being announced. The students being awarded with a Merit Certificate and Trophy each. The coveted marks of the ISC Toppers, Harsh Pathak – 99.25 % and Yash Sharma – 97.6%  along with the ICSE Toppers Harshjyot Kaur-98.6% and Laranya Pradhan-97.5 % were acknowledged with the deserving thunderous applause. 100 marks in Computers Science, Social Studies and Mathematics kept the applause going for Laranya Pradhan, Aadhya Singh and Abhinav Jindal.

The school choir aptly concluded  with the congratulations ‘Song’.